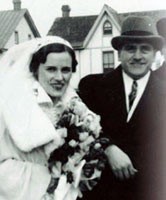 The family of Ira Herr has a long history of service to Elizabethtown College. Ira was a legendary coach and Athletic Director, and his wife, Kathryn Nisley Herr, taught foreign language and worked in the library. Their daughter, Lois, served the College as a teacher, senior level administrator, and Scholar-in-Residence. Their impact on the College is noteworthy.

Lois grew up on campus and fondly recalls her childhood—sledding on campus, playing in the orchard that is now Myer, and taking her dog swimming in Lake Placida. She says, "The College is my home." Most of all, she remembers students from across the years, who looked on Coach Herr as a father-figure.

This feeling of family was never more important than during World War II, when many Etown students were called to serve our country. Ira Herr organized a letter-writing effort and kept track of every student at war. He kept a list of their names and matched each of them with students remaining on campus, who wrote letters of encouragement to these soldiers. As a result, each soldier received many letters from campus, lifting their spirits and keeping them close.

Ira had his own list, athletes called to war. He regularly wrote to them, and they gratefully replied. The 200-plus letters Ira received were saved in a shoebox, uncovered when Kathryn and Lois moved in together in 1992. Lois took these letters—along with articles from the College and local newspapers written at the time, and interviews with some of the correspondents—and compiled a compelling historical book, "Dear Coach." 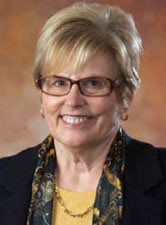 Lois has accomplished much in her life. Beyond her education at Etown, she earned two master's degrees; she worked at the Office of Management and Budget during the Ford administration as part of the President's Executive Interchange Program; she spent 26 years in the telecommunications industry; and, she ran for congress.

If you have included the College in your estate plan, or would like to do so, please contact Elizabeth Dahmus, Executive Director of Gift Planning, at (717) 361-1545 or dahmuse@etown.edu.